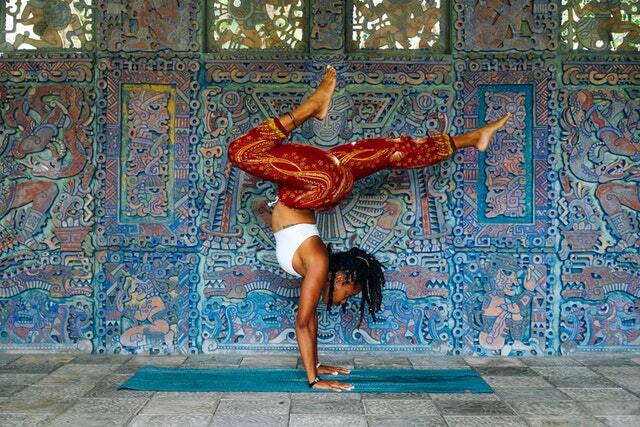 Yoga has been deemed spiritually and physically fruitful by many, spanning the East and, only recently, the West. Its benefits have been covering the West with a newfound dusting of positivity and peace, along with many physical and mental benefits for the body. Shirin Mehdi states in her article, “What Is Yoga And What Are Its Benefits”, that “within the last few decades, there has been an upsurge in the popularity of yoga. Not only has research proved the many benefits of yoga, but medical professionals and celebrities are also adopting and recommending this incredible practice.” (Mehdi)
The main idea of Yoga is to align your spirit, mind, and body — creating a harmony between your entire being and the universe. Though it is mostly categorized as meditation, it is actually an exercise that’s extremely potent in equanimity. Yoga promotes mental and physical wellbeing in areas like stress, anxiety, and depression while also improving the body physically, like lowering blood sugar and expanding lung capacity, as seen in the Huffington Post. Other long-term benefits of Yoga stated in the Huffington Post include reduced neck pain, relief from chronic back pain, and stronger bones—Yoga also helps to maintain a healthy weight.
However, there are also short-term benefits that can be seen after just one session of Yoga. These benefits are much more personal and intimate as they can show immediate healing of mental illnesses and stress. There are indications of better brain function and reduced anxiety levels which clarify the mind and purifies the soul. Angela Prior, a clinical social worker, states that Yoga, for her, started as “an experiment on trying something new and [this] good workout led [her] to developing a deeper understanding of [her]self, an ability to cope with [her] anxiety and new life changes, and an ever-improving relationship with [her] body [sic].” Angela’s blog post on the healing powers of Yoga lists her favorite positions and are described as such:
Easy Seated Pose: Sitting comfortably with spine erect, crossing your ankles to sit (criss-cross applesauce). If your ankles do not            comfortably cross then allow one ankle to come in front of the other.  Allow hands to rest in your lap. Find a soft gaze on the floor or            gently flutter your eyelids closed. Taking 5 deep breaths.
This position will immediately expose the mind to the body as you become more conscious of yourself. The Easy Seated Pose reflects what Shirin Mehdi calls “The Benefit Of The Mind-Body Connection,” which is the coordination of “your breath with your movements.” This is where “your mind becomes calm and peaceful” and relieves stress through controlled breathing.
Child’s Pose: Place either a sturdy pillow or bolster vertical on the mat. If you have sensitive knees, prop the bolster up with two blocks            at an angle. Straddle the bolster on hands and knees, draw knees wide, and recline your whole body over the bolster allowing your cheek            to rest on the bolster.
The Child’s Pose, as described by Angela, adheres to Mehdi’s concept of paying “Attention To Detail.” When positioning your body, Mehdi explains, “you need to be attentive and follow the instructions closely about how to coordinate the breath and movement, and which leg or arm to move. This is also called Yoga for the brain, and it makes you very sharp. You tend to pay more attention to detail.” This is exactly what the Child’s Pose does — it forces you to concentrate on your movements and positioning of your body. This position aids in concentration while also strengthening your core muscles.
Legs up the Wall: Swing your legs up the wall with your bottom against the wall.  Allow arms to come out at a T or rest on your belly.            You can also swing your legs up the side of your bed/couch.
Holding your legs up against a wall enhances circulation and lowers blood pressure. “When you practice yoga regularly, the blood circulation in the body is enhanced. This also allows oxygenation in the body. There is a significant reduction in blood pressure as the body calms down.” (Mehdi)
Positions like the ones listed above can seem very simplistic and ineffective at first glance. But once you are committed to the position, both the mind and body immediately connect and create tranquility. Shirin Mehdi’s blog post lists over seventy-seven benefits of how Yoga ‘transforms’ the body. The first one she mentions is ‘enhanced circulation,’ where she explains that this is “the very first thing that yoga does.” (Mehdi) Moving through the different poses and holding them for certain amounts of time helps in the “transportation of oxygen and nutrients throughout the body.” (Mehdi) What also is prompted from enhanced circulation is that the “improved blood flow also indicates healthier organs and glowing skin.” (Mehdi)  Many benefits, however, aren’t as obvious. Body chemistry is significantly affected, as glucose levels and hormones are transformed.
The calming powers of Yoga help the body disengage from the world around it, isolating the mind in a safe and secure environment. Though mindfulness is grown and anxiety and stress factors are lessened by the practice of Yoga, there are many physical benefits that are gained after regular sessions which include improved brain functions, balance, gene expression and maintenance of a healthy weight. It’s no wonder why the West has now taken advantage of Yoga, as its benefits lead to flourishing peace of mind, body and soul.
Powered by